In December 1987, Liisa Pentti performed her first solo work in Finland as a young choreographer and as a member of Zodiak Presents collective. The piece was entitled Klaustro and it was performed on the stage of the KOM Theatre. Now, 30 years later, the performance is re-enacted in Zodiak Stage in collaboration with the young choreographer Veronika Lindberg.

The inspiration of the original performance was The Waste Land by T. S. Eliot, the atmospheres of which provided the foundation for the movement material and the choreography.

In the new interpretation, Pentti and Lindberg focus on themes that arise from Klaustro's original version: the memory and the history imbedded in the body, loneliness, a jump, lightness, shadow, death, aging, nostalgia and the present moment.

Choreographer Liisa Pentti is one of the pioneers of Finnish contemporary dance, and also of Zodiak. Veronika Lindberg graduated as a choreographer from the Theatre Academy of the University of the Arts Helsinki in spring 2016. 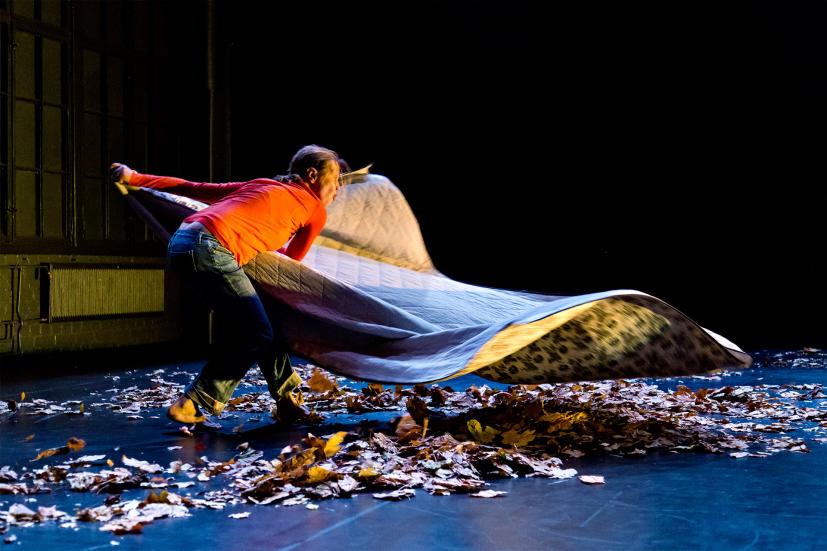