Simo Kellokumpu will be working in residency during Side Step Festival 2021, on the performance-installation åstra. The residency will end with an open studio.

åstra emerges at the intersection of queer-ed spaces/bodies, interplanetary culture, and Japanese manga pop culture. åstra is the third part of the Astrotrilogy, which started with the project pompom realized in Tokyo in 2017/18, and continued in Paris in 2019/20 with the second episode ri:vr.

In dialogue with contemporary speculative fiction, the legacy of planetary dances (Halprin) and queer theory, åstra is also hued by its geographic and cultural context of implementation, that of a one-month research and experiments done under the foggy Californian sun in the (post)vibrant San Francisco.

The Astrotrilogy project is part of choreographer Simo Kellokumpu's corpus of works on what he calls astroembodied choreostructions; a series of choreographic works in which the questions of the choreographic relations between corporeality and embodiment are extended beyond the human spatial scale, towards and in an intergalactic dimension.

At the end of a 10-day residency on the main stage the open studio will be an opportunity for the audience in Zodiak to get closer to the work in progress, which interweaves interplanetary movements, exoplanetary maps, saffron pseudo-witchcraft, with a touch of Silicon Valley’s golden electronic tales.

Simo Kellokumpu is a Finnish choreographer and researcher based in Helsinki. Simo completed his Doctorate of Arts in 2019 in the Performing Arts Research Centre, Theatre Academy Helsinki based on his artistic research project Choreography as Reading Practice. His artworks examine the choreographic relations between corporeality and materiality in various scales and contexts. Simo’s work operates in the entanglement of contemporary speculative fiction, interplanetary culture, and queer(ing) space. Currently Simo is working on a post.doctoral artistic research project titled xeno/exo/astro/choreoreadings.  www.simokellokumpu.org

Vincent Roumagnac is a French-Basque theatre artist and researcher based in Helsinki and Paris. His work materializes through multiple forms such as installations, performances, and videoscenic acts. Roumagnac is interested in the way the notion and the practice of the “stage” evolve according to the change of climatic and techno-ecological conditions. He is involved in investigative and transdisciplinary processes that implement the connections between art and research. Since 2010 he collaborates with Finnish choreographer Simo Kellokumpu and since 2012 with French visual artist Aurélie Pétrel, with whom he is, in 2020, winner of the Villa Kujoyama Residency prize. He received his Doctor of Arts degree from the Performing Arts Research Center, Theatre Academy Finland in 2020 for his research project Reacclimating the Stage (Skenomorphoses). www.vincentroumagnac.com

Nao Yazawa is a Japanese manga-artist born in Tokyo, and living in Kawasaki City. Her career started with Korokoro –comic magazine as Shonen mangaka, and she has also worked with PyonPyon and Chao magazines. Her most notable series is shojyo-manga Wedding Peach (1994-1996, Concept by Sukehiro Tomita), which was made into an anime series of the same name, and was published worldwide. She is also known for her other manga-works, for example Nozomi (2003), Mizuki (2010), Moon and Blood (2011 – 2014) and Shinku Chitai/ The Isolated Zone (1988 – 2011). She works with various sorts of manga, and has given many workshops in Europe and US. She is currently also teaching Manga in English in Tokyo, at Manga School Nakano. https://naoyazawa.deviantart.com

Thomas Westphal has lived and worked in Helsinki since 2001. Westphal studied at Academy for Art & Design in Enschede NL and holds MFA degree from the Finnish Academy of Fine Arts (2014). Working as a sculptor his work includes many attempts of including moving image as a building block in the creation of video objects. His video works often originate from samples filmed during physical activity and constructing processes that get re-rooted into kinetic contraptions. His works have been shown in European and international exhibitions and are part of the collections of Museum of contemporary art, Kiasma, Museum of modern art, EMMA and the Finnish National Gallery. Add to his solo activity he works in “Videokaffe” International artist collective. https://www.av-arkki.fi/fi/artists/westphal-thomas

Open Studio at Zodiak Stage. There can be 6 visitors in the space at a time. 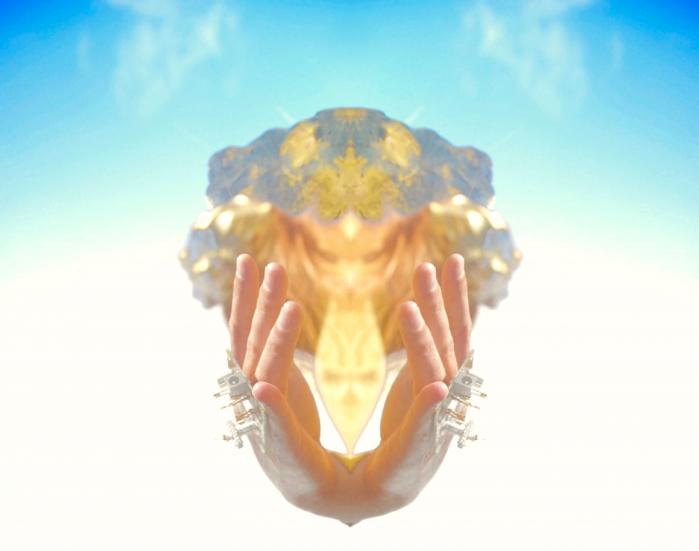