This is not a love story.

Cascas d’OvO (eGGshells) by Lander Patrick was born from the need to explore transcendent, telepathic communication, as the epitome of an intimate relationship between a couple. The piece reveals a relationship by means of denial, exploring a situation where communication between two people presents a risk.

In the first part of the piece, two blindfolded men execute precise movements, musical and rhythmic in nature, with the sounds of the body acting as a metronome. Caresses and provocation. Claiming territory, testing ground. Giving and receiving.

The risk of the two performers losing themselves in the choreography is very real. Any slap that may emerge out of tune on this sequence of staccato movements humanizes the two performers. Performers and audience come together around this challenge: a virtuous shot in the dark.

Born in Brazil but living in Portugal since childhood, Lander Patrick was seen in Helsinki at the Side Step 2015 festival in Marlene Monteiro Freitas' Paraíso – Colecção Privada. Cascas d’OvO was selected for the Aerowaves Twenty14 list. So far it has been presented in eleven countries, both in Europe and South America.

The visit is supported by Aerowaves and the Creative Europe Programme of the EU. 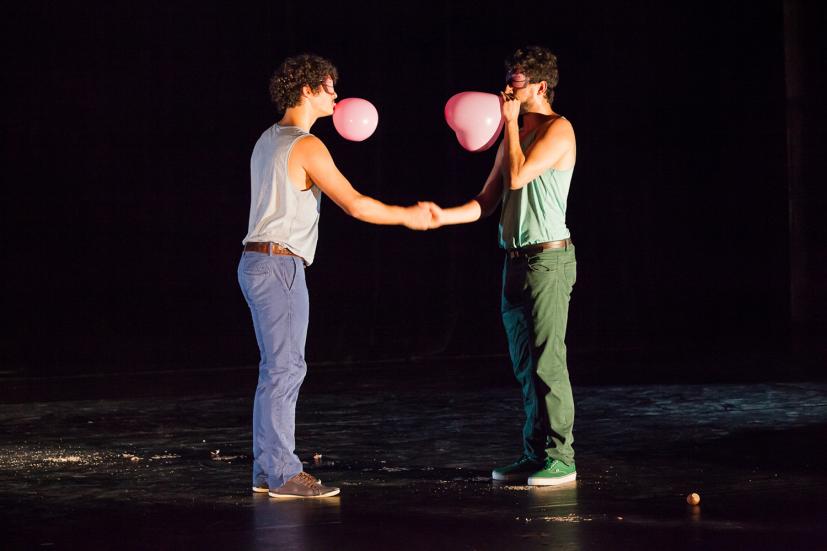