Choreographer Mikko Hyvönen's crystal pieces: human beings explores humanity and consciousness. The performance creates new, previously unseen situations between the spectators and the performers. It moves energy, people, sounds and feelings across space, priming the audience's senses towards togetherness and coming face to face. Observations of closeness and touch become a part of the performance equal to visual, auditory and kinaesthetic perception.

Who are we, in the end? People – like ancient riddles and creatures in constant change.

Mikko Hyvönen comes from Kainuu. For the past ten years he has lived in Brussels and worked in many parts of the world, ie. with companies such as Anne Teresa de Keersmaeker's Rosas.

The motion and the presence of the dancers feels like prickling on the skin; there is a desire to touch and follow them with more than the gaze. The boundaries between the performers and the audience crumble away. – Keskisuomalainen

This was cool, weird, sporty, shamanistic and intimate – at times even kind of religious and sexy! – Audience comment

The guest performance is made possible by Central Finland Regional Dance Centre. 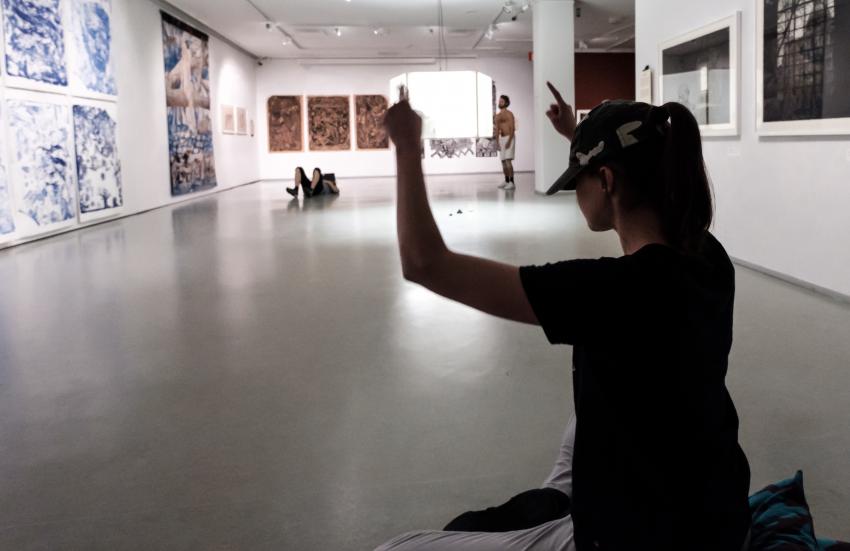