The Fall For Dance evening provides the audience in Helsinki with an experience of two works by young European choreographers. The works are selected for the recommendation list of the Aerowaves network in 2013.

In MM, Swedish choreographer Ludvig Daae does a virtual duet with himself. We are invited to see how Ludvig is negotiating with and relating to himself on film in an artistic process where he sets a thought provoking play with the relationship between the creator and the created.

A gesture that is nothing but a threat, created and performed by two Portuguese artists, Sofia Dias and Vítor Roriz, was awarded Prix Jardin d'Europe in 2011. It is a playful, energetic and resonating piece mixing text with sharp movement and gestures. The performance takes the audience on a journey to the enigmatic world of the mechanisms of the unconscious by launching the dancers’ body and soul into an intense mental, verbal and physical brainstorm. 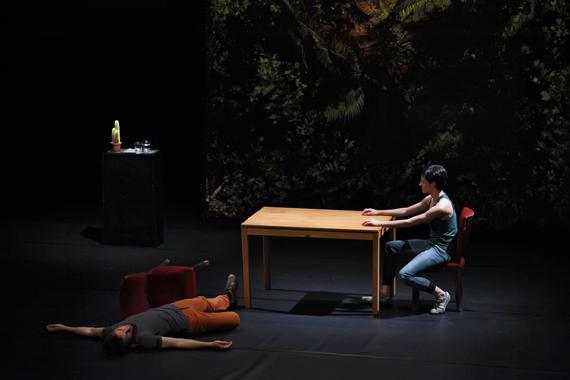