Maria Ferreira Silva, Veli Lehtovaara: Light as a feather, green as an apple

This duet performed by Zodiak’s house choreographer Veli Lehtovaara and Portuguese dancer Maria Ferreira Silva is a choreographic collage delving into Roman Catholic iconography and Christian myth. Well-known biblical images, characters and events are presented in mould-breaking ways, yielding unexpected insights into the relationship between iconography and choreography. Bringing together dancers from protestant Finland and catholic Portugal, it is a meeting of two cultures, offering two different perspectives on Christian tradition. The piece explores its theme in a respectful yet playful manner.

Premiere
LIGHT AS A FEATHER, GREEN AS AN APPLE

The performance has been realized with the support of the DÉPARTS network. DÉPARTS is funded by the European Commission (Culture Programme). 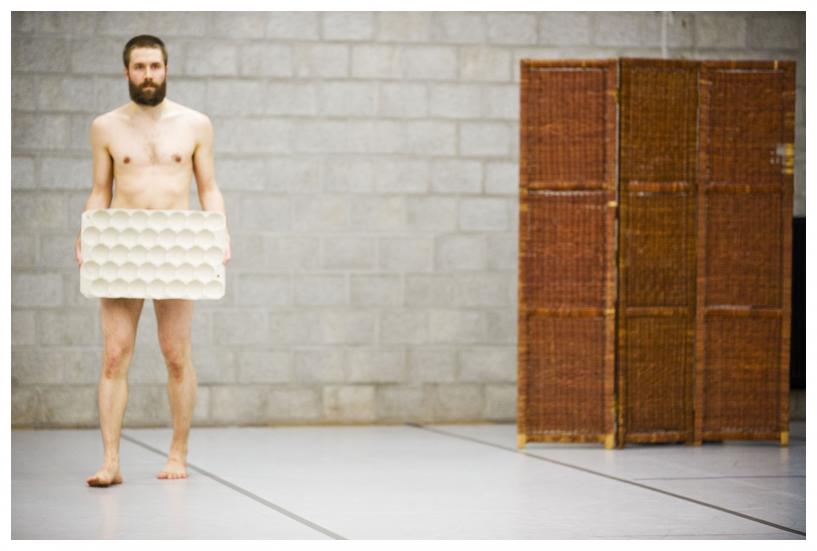