Neljän tarinan vuori is a solo by the beloved choreographer and pedagogue Ervi Sirén from the Zodiak vintage of 1998. Now the piece is updated in its performance by dancer Jonna Eiskonen.

In the 1950’s I was a child in ballet-school. I knew exactly how I wanted to dance.

In the 1960’s I wrote enraptured essays at school on the innumerable possibilities of modern dance.

In the 1970’s I discovered postmodernism and knew I had reached my truth.

In the 1980’s I searched for something beneath the technique. I discovered bioenergetics and meditation, a dive into the body and a new awareness.

In the 1990’s the past and the present slowly intertwined. All insights felt equal.

In 2013 the story and theme of the piece are the same, but this time I had to put myself aside to see who Jonna is. This way the work became Jonna’s story as well and quite different from the original. In addition I wanted to update the piece with my own current experience of movement, being and performing. 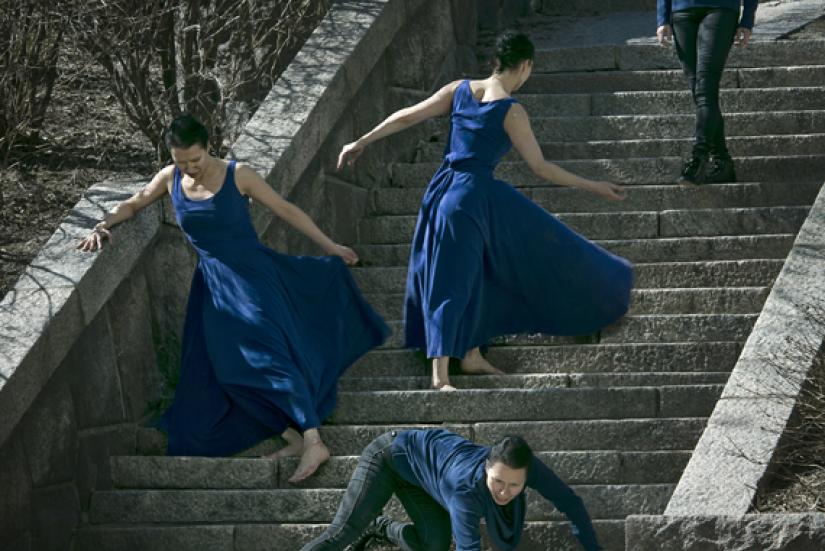