NOBLE SAVAGE, a new performance by Sonya Lindfors, analyses the processes of otherness by creating a black stage where the ‘other’ is white.

The term noble savage dates back to the 17th century – yet the dominant media image of blackness as an exotic and fascinating yet also potentially threatening and untamed otherness is still alive and well.

NOBLE SAVAGE is political because of its themes and the performers, a team of six Afro-Finnish artists consisting of Lindfors herself, actor/rapper Deogracias Masomi, actor Amira Khalifa and dance artists Ima Iduozee, Esete Sutinen and Julian Owusu.

Lindfors is a Helsinki-based choreographer whose aim is to shake existing power structures through her works. NOBLE SAVAGE is an instalment in a series of works focusing on blackness. 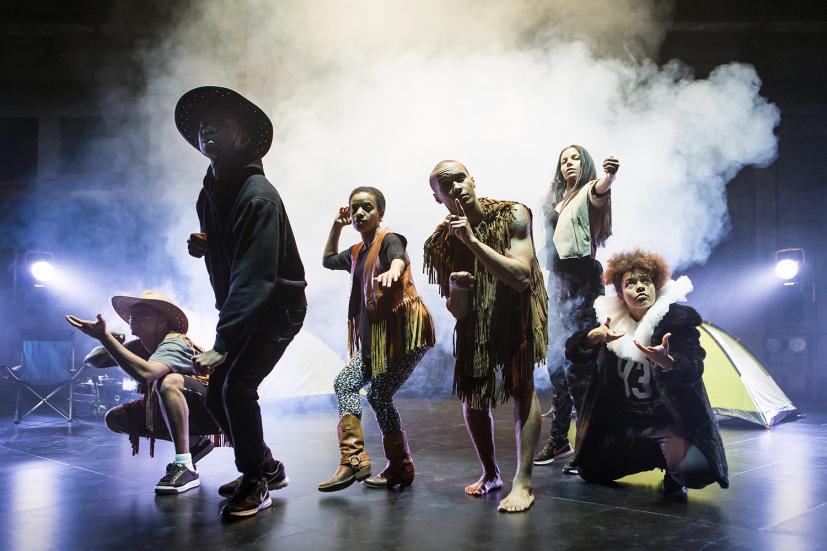