Only an hour
and all shall be changed

Only an hour
before the battle begins

Why didn't you surrender before?

Only an hour
everything happens as it should

Do you see?
Breathing is much easier now

Ona Kamu Kollektiivi's Pyramid is the third and final part in a trilogy of performances launched in 2010. It centres on electronic music, motion and light. The previous parts of the series were Elektromys (2010), composed of sounds of electronic signals of muscular nerve conduction studies, and At the Cellular Level (Solutasolla, 2011), Ona Kamu's first solo performance.

The music heard in Pyramid is composed of ultrasound, infrasound and electromagnetic waves recorded inside and on top of the Bosnian pyramids. 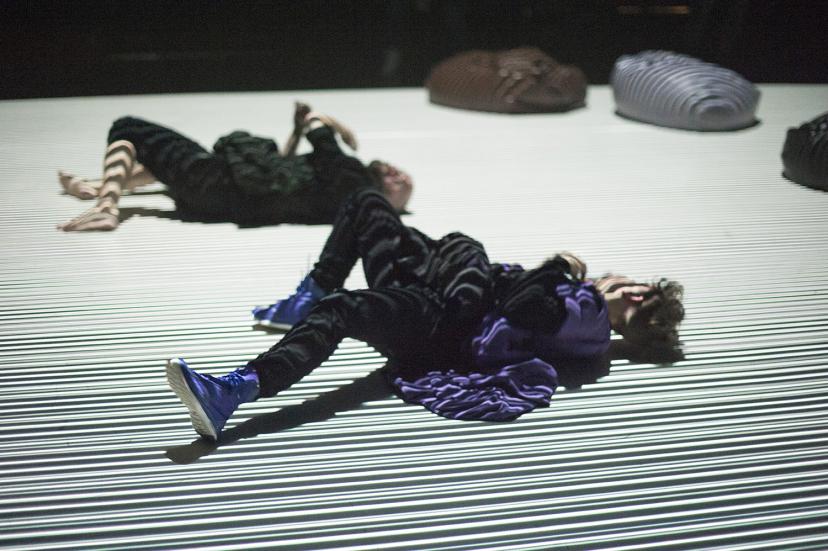