Sorrow Swag in blue is an emerging work that unfolds through the language of sadness. For this work Ligia Lewis developed a choreographic practice that incorporates Stanislavski’s acting techniques and the practice of authentic movement to attain an intense state of embodiment. With musical accompaniment by George Lewis Jr./Twin Shadow, the performance takes place in an immersive visual and auditory space.

While Samuel Beckett’s Not I and Jean Anouilh's Antigone serve as the backbone to this work, Lewis and performer Andrew Hardwidge create a meticulously crafted hybrid body in a state of flux. In the final moments, the work shifts from this state of flux to an “unrelenting scream,” what Billie Whitelaw, the first – literal – mouth of Beckett’s Not I described as the core of her performance. Through this unstable figure thoughts on race, authorship, gender and grief are interrogated.

The piece draws its audience into a sensorial abyss populated by cultural remnants of the Western canon. The audience pass through phases of identifying and disidentifying with the performer. Sorrow Swag constructs an affective arena that disrupts contemporary identity politics and makes elusive ideas visible. 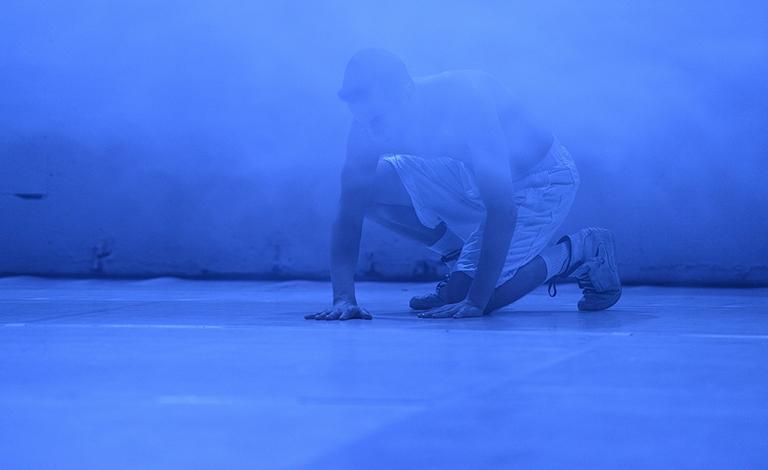