Each instalment of nora chipaumire’s trilogy #PUNK 100% POP *N!GGA is a self-standing whole, an independent visual and physical soundtrack, but when performed in succession they form an album. Dance, sound, text and installation mix into a living collage that questions and embraces the stereotypes attached to the black body.

True to its name, the first part of the trilogy, named #PUNK (read: hashtag punk), draws on the counterculture that was born in the 1970s. As a phenomena, punk can represent different political ideologies, but it is often linked to an anarchist set of values, non-commerciality, rough sounds, socially committed lyrics and unpolished aesthetics. #PUNK is inspired especially by Patti Smith’s iconic song Rock 'n' Roll Nigger but also by indie music and chipaumire’s youth in Zimbabwe in the 1970s and the 1980s.

The second part, 100% POP (read: one hundred percent pop), is inspired by the charisma of Grace Jones: the powerful presence of the black, feminine, no-apologies superstar that enchanted young chipaumire. Its socially committed mesh of materials reorganises the iconographies of popular culture, mixing in ingredients from Zimbabwean chimurenga music, Jamaican dub and electronic noise music. 100% POP is a club with several DJ’s performing simultaneously, the dancefloor of the revolution.

chipaumire has entitled the third part of the trilogy *N!GGA (read: star nigga). It draws on Congolese rumba and the iconographies of black Africa. The black body is haunted by the tireless machine of the colonial project, the untiring worker of racist capitalism. chipaumire invokes especially the figure of Rit Nzele, the Congolese atalaku ('he who wakes to life'), to make the labour of subjugated bodies more visible. *N!GGA is a provocative queer essay written with sound that expands to analyse the word nigga outside the colour of the skin into all non-conforming bodies that disobey, lack value and eschew systems and standards.

Since the beginning of her career, dancer/choreographer nora chipaumire has challenged and embraced stereotypes of Africa, the black body, art and aesthetics. In her art, the choreographer born in Zimbabwe and currently residing in New York explores how class and power are articulated and experienced in the body.

chipaumire has studied dance in several African countries as well as in Cuba, Jamaica and the United States, studied law in the Zimbabwe School of Law and graduated from Mills College as a Master or Arts (double degree in both dance and choreography). Her works have been performed in many international arenas in the United States, Canada, Japan, Europe and Africa. She has also received many prestigious awards, such as the New York Dance and Performance Award (“Bessie Award”) on four different occasions and the Guggenheim Fellow Award in 2018.

One of her best-known works, the solo performance Dark Swan (2005), a portrait of a swan and an homage to the African woman initially choreographed by chipaumire for herself, has later been performed by another solo dancer and has evolved into a group choreography and a short film. Miriam (2012), dedicated to anti-apartheid artist Miriam Makeba, analyses the expectations loaded onto the black female body, while Portrait of Myself as my Father (2016) explored fatherhood and family in a crossfire of tradition, capitalism, Christianity and the fight for freedom.

chipaumire has also performed in a number of dance films, such as Cassa Cassa (2011) and Nora (2009), and made her debut as a director with an Afro-feminist short film entitled Afro Promo #1 King Lady (2016). She is currently working on an opera entitled The Queen v Nehanda (2021).

chipaumire’s long-term research project Nhaka collects recordings, images and texts on bodily knowledge. This live archive project that started with Zimbabwean dancers in 2012 is based on presence and animism, and seeks to record, distribute and critically examine the iconographies of black Africa.

In chipaumire's works, pessimism and optimism for Africa’s future live happily side by side. Their political dimensions arise from looking, participation and shared sweat – a negotiation between the bodies of the spectators in a space and a situation characterised by proximity and inevitable provocation.

#PUNK 100%POP *N!GGA was co-produced by The Kitchen, Crossing the Line Festival and Quick Center for the Arts at Fairfield University. Major support for 100%POP has been provided by the Fondation d’entreprise Hermès within the framework of the New Settings Program. Additional support for the trilogy has been provided by the Guggenheim Foundation, NYSCA, Institute for Creative Arts at the University of Cape Town, Mid Atlantic Arts Foundation and American Dance Abroad.

Tickets with the festival pass from Tiketti 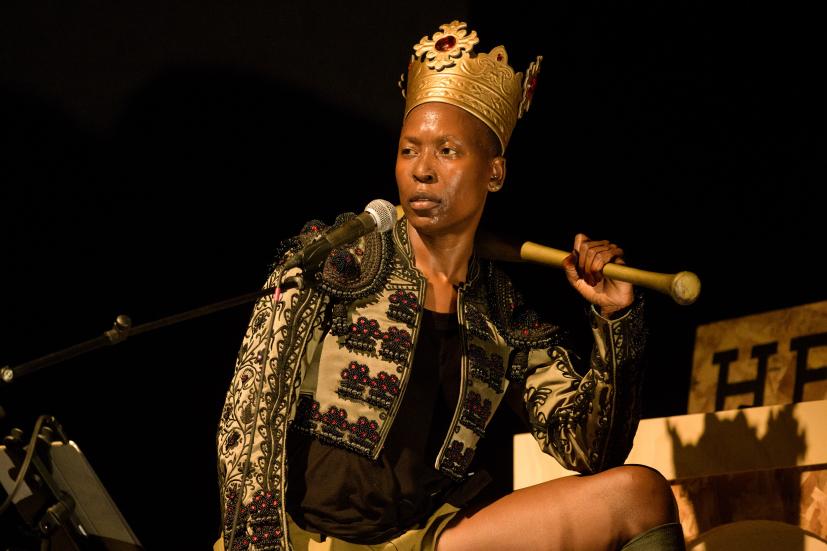 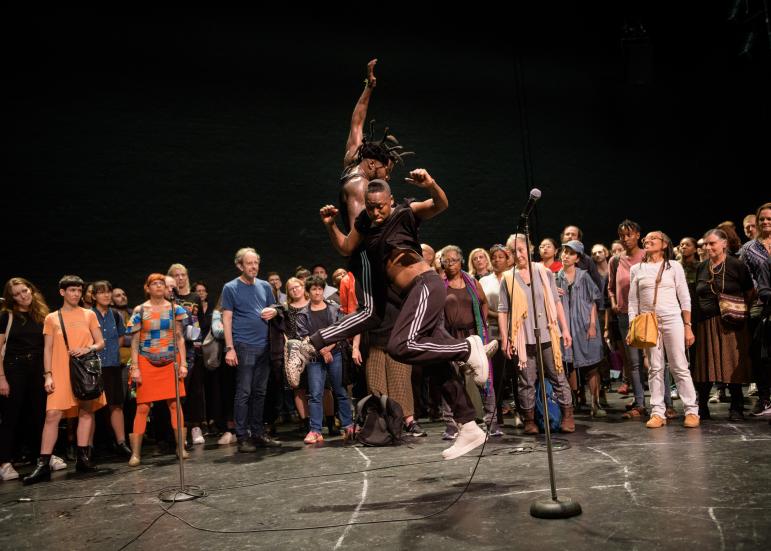 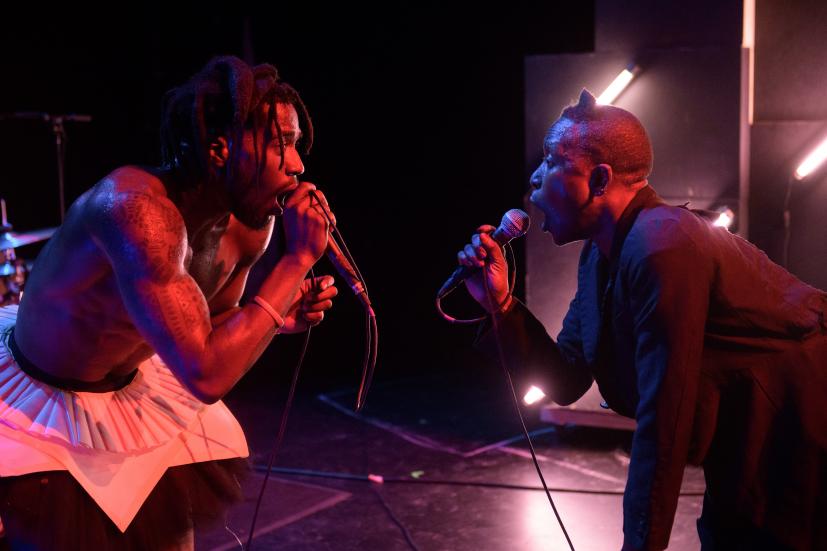