Trash Talk is a meditation on the vulnerability associated with a live performance. It teeters between fiction and reality, rendering it impossible to tell which scenes are planned and which are enacted spontaneously on the spur of the moment. Using a minimal arsenal of props, Mikko Hyvönen and Salka Ardal Rosengren deconstruct some of the rules and conventions of live performances. The unpredictable relationship between the audience and performance electrifies the piece, adding a sense of danger and excitement.

Double-bill evening with Light as a Feather, Green as an Apple by Veli Lehtovaara & Maria Ferreira Silva. 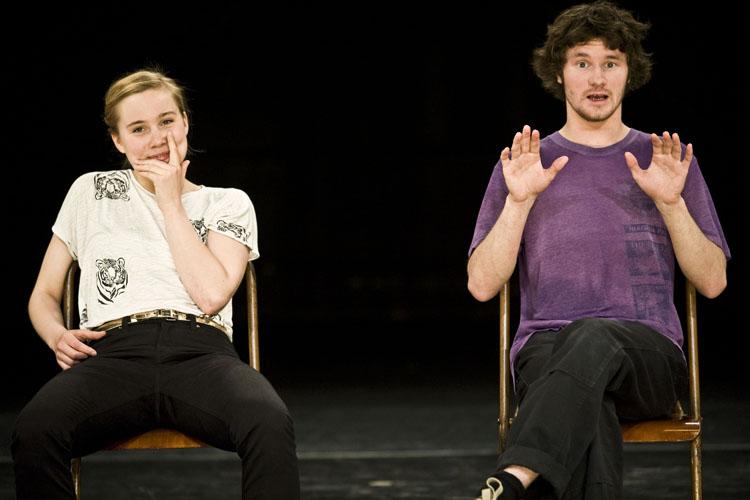