In the performance series The Red Pieces Ingvartsen explores relationships between sexuality and the public sphere. She investigates naked and sexualized bodies and their influence on societal structures. The series comprises 69 positions, 7 Pleasures, 21 pornographies and to come (extended) as well as the performative conference The Permeable Stage, in which a number of artists and theorists are invited to reflect upon, perform and discuss the politics of sexuality and how it travels across borders between public and private space.

“In this workshop I will would like to share the research I have done for The Red Pieces. I will begin by exposing some of the thoughts behind the series, to set up a frame for us to be able to engage in physical practices that have been developed through these works. Nudity will not be included in this workshop although discussions around the politics of sexual expressions, privacy, intimacy and indistinctions between public and private space will come up as references to the physical activities we will explore together”. –Mette Ingvartsen

Mette Ingvartsen is a Danish choreographer and dancer. From 1999 she studied in Amsterdam and Brussels where she in 2004 graduated from the performing arts school P.A.R.T.S. Her first performance “Manual Focus” (2003) was made while she was still studying. Her early pieces comprise among others of 50/50 (2004), to come (2005), It’s in The Air (2008) and GIANT CITY (2009) – performances questioning affect, perception and sensation in relation to bodily representation. Her work is characterized by hybridity and engages in extending choreographic practices by combining dance and movement with other domains such as visual art, technology, language and theory.

An important strand of her work was developed between 2009 and 2012 with The Artificial Nature Series, where she focused on reconfiguring relations between human and non-human agency through choreography. The series includes three performances devoid of human presence: evaporated landscapes (2009), The Extra Sensorial Garden (2011) The Light Forest (2010) and two in which the human figure was reintroduced: Speculations (2011) and the group work The Artificial Nature Project(2012).

By contrast her latest series, The Red Pieces: 69 positions (2014) 7 Pleasures (2015), to come (extended)and 21 pornographies (2017) inscribes itself into a history of human performance with a focus on nudity, sexuality and how the body historically has been a site for political struggles.

Ingvartsen established her company in 2003 and her work has since then been shown throughout Europe, as well as in the U.S, Canada and Australia. She has been artist-in-residence at Kaaitheater in Brussels (2012-2016), Volksbühne in Berlin, and associated to the APAP network.

She holds a PhD in choreography from UNIARTS / Lunds University in Sweden.

Besides making, performing, writing and lecturing, her practice also includes teaching and sharing research through workshops with students at universities and art schools. She has collaborated and performed with Xavier Le Roy, Bojana Cvejic, Jan Ritsema and Boris Charmatz, as well as invested in collective research projects such as the artist platform EVERYBODYS (2005-2010) for which she co-edited everybodys publications, the educational project Six Months, One Location (2008) and the performative conference The Permeable Stage (2016-ongoing).

Availability is limited, so sign up in time! Welcome letters and invoices are sent to participants’ email address immediately after registration closes. If you do not find the course letter or the invoice in your email please also check the junk mail folder.

Enrolment is binding. Cancellations must be communicated on the last enrollment day by 6 pm the latest. Please check this course's last day of enrollment from above. With the exception of injuries and illnesses certified in writing by a doctor, cancellations made later than the deadline are subject to full course fee.

Zodiak's courses and workshops can also be paid using pre-paid Liikuntaseteli and Kulttuuriseteli vouchers (Smartum Oy) as well as Virikeseteli vouchers (Edenred Oy). You can pay with the vouchers in the beginning of the first class or you can bring the vouchers to Zodiak office (open weekdays 11 am to 4 pm). It is not possible to pay the course fee with cash. 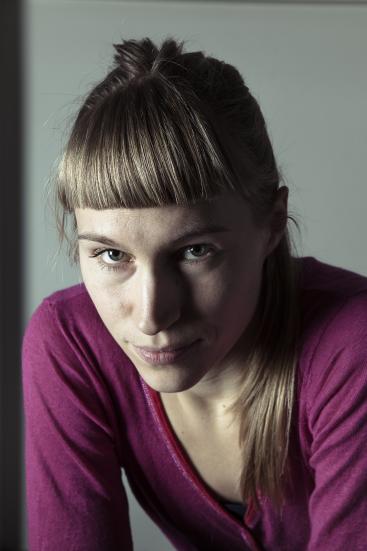