This body will be a corpse, the universe will eventually go cold, and maybe we are already dead. So, let's say yes to death; let's celebrate. Who said that death is a bad thing anyway? Let's let death have its say. Maybe the end is just the beginning? Maybe we have to die die die in order to fully wake up to the present circumstances of our reality?

Part lecture-performance and part concert, Death Asshole Rave Video is a machine made out of movement, sound and words that interrogate death and the agreements we make as a society.

If all of the agreements we have made are either breaking or already broken, then what's next? This piece experiments with vehicles for experiencing different deaths - death of theatre, value, sense and attachment. It's time to die!

Jeremy Wade is an American dancer/choreographer. He graduated from the School For New Dance Development, Amsterdam in the year 2000. Wade premiered his first evening length work titled Glory in February of 2006, for which he received a New York Bessie Award. Since then, Wade has been living in Berlin, working closely with HAU Hebbel am Ufer and Dramaturge Eike Wittrock.

The performance is supported by Goethe-Institut Finnland. 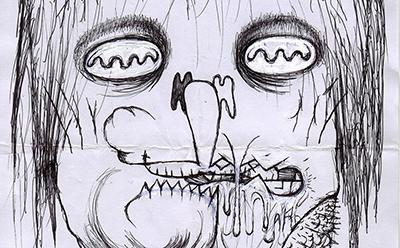