The starting points of Discourse of Nakedness by Anna-Maria Väisänen and Eevi Tolvanen are forcing against the will, smothering as a physical act, the thematics of violence, and encountering of shame.

The characters in it are women, girls, sisters – mirror images of each other; self-assured yet vulnerable, strong yet subjugated, fantasies and nightmares. Discourse of Nakedness does not parade victims, look for culprits or ask for forgiveness. Instead, it challenges the audience to reflect on the images of womanhood created by media and consider power relations, sex, shame and their own borders. Who is really exploiting who?

‘The powerful, thought-provoking images of this intensive work that premiered in Berlin sneak under the spectator's skin, posing questions about violence, pornography and the objectification of women.’ - Tomi Paasonen

Väisänen's and Tolvanen's latest production was initiated in August 2016 in connection with their residence in the DOCK11 theatre in Berlin, and Discourse of Nakedness premiered as part of a special event arranged in Berlin by East Finland Dance Centre (ITAK) and Public Artistic Affairs (PAA) that showcased dance productions from Eastern Finland.

It was also performed at the Lonely in the Rain? festival in Joensuu, Finland in November 2016 and as part of ITAK's Paikallisliike Festival (Local Movement) in Kuopio in June 2017.

Anna-Maria Väisänen (1986–) is a dancer and a community artist from Kuopio, Finland. Her work currently focuses on the technical aspects of performing, the themes of nakedness and concealing, and dialogue. Over the past few years Väisänen has worked as a community-oriented dance artist in Northern Savonia with various groups that require special support.

Eevi Tolvanen (1992–) is a dance artist currently based in Kuopio, Finland who works primarily with groups that require special support. Through her work she has explored the potential of genuine presence and touch employing her experience of contact improvisation. Tolvanen is interested in developing a feeling of togetherness through shared experience.

Ilmari Tiitinen is a freelance sound artist from Outokumpu, Finland. Over the past decade, Tiitinen has worked as a composer, musician, dancer and actor in various art productions. For the past couple of years he has been fascinated by immersive art and has explored public spaces as venues for performance. With his works Toiset Tuparit and P*lluralli he has also explored collective authorship models in artist residences in Finland and abroad.

The guest performance is made possible by ITAK Regional Centre for Dance in Eastern Finland.

The performance includes nakedness. Not suitable for children. 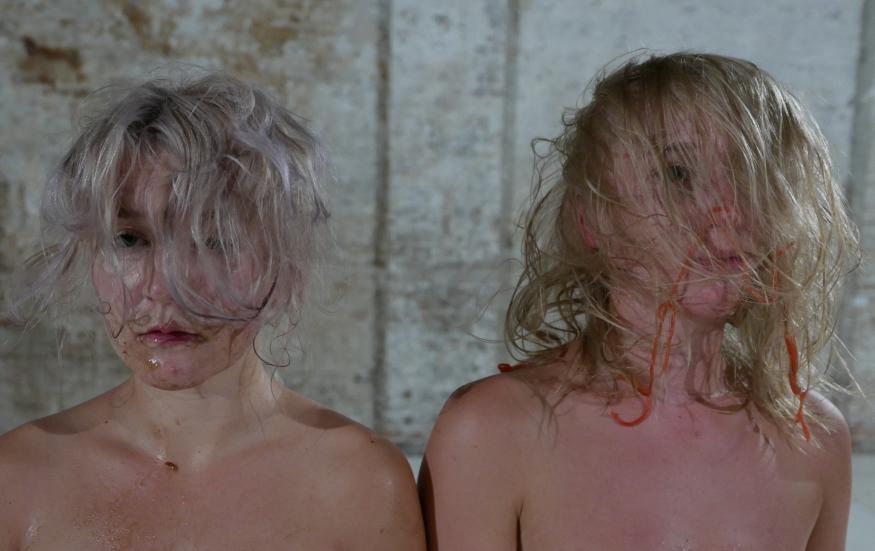