Jemina is back and she’s bigger than ever! – The b*tch.

Jyrki Karttunen's Jemina – Act as You'd Know Her, which premiered in Zodiak in 2012, is about to receive a sequel. And we all know what is said about those.

Prepare for more awesomeness, glitter, minced meat and glamour, Jemina-style. The character of the seasoned diva created by Karttunen takes to the stage again in Cable Factory’s Pannuhalli, now aiming to conquer America. Meryl Streep, watch your back!

Along on her great American tour Jemina takes a diverse cast of characters, who all want a piece of the sweet apple pie of success and to be the Jemina of the show. Glitter is cheap, artificial eyelashes are used liberally and diva is wolf to diva when everybody wants their 15 minutes of fame in the limelight of the universe.

The audience is advised to steer clear of this utter rubbish. It is also prohibited from everyone under 18, because the theatre doubles as a bar with refreshments provided by Cable Factory's own restaurant Hima & Sali. 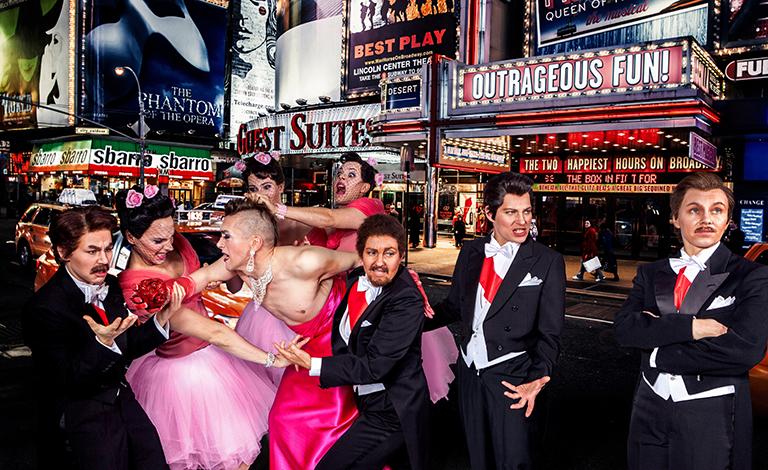