Matriarchy is a collective performance of healing and renewal, conceived as a process of rematriation to return to a world of kinship between people, land, waters, spirits, and other-than human beings.

“Indigenous and non-Indigenous peoples have never properly greeted each other”, as director Pauliina Feodoroff explains when describing the first part of the performance, titled First Contact. In this first section, the performance contrasts colonised and Indigenous gesturality.

Part two, Auction, presents images of Sámi landscapes currently under threat from commercial logging. These land(person)scapes, portraying the land and related guardians, are ‘auctioned off’ as artworks during the performance, setting the scene for the actual sale of the works that is happening in real time, as a parallel process of the project.

In part three, Matriarchy, Indigenous female bodies converge in actions that ask us to be aware of our responsibilities in a world of relations. The performance centres matriarchal values of care and collective models of existence to restore sovereign forms of living in Sámi society.

Matriarchy was created for and premiered at The Sámi Pavilion, as part of the Venice Biennal 2022.

The Sámi Pavilion is Commissioned by OCA – Office for Contemporary Art Norway, with co-commissioners Kiasma (Helsinki) and Moderna Museet (Stockholm) 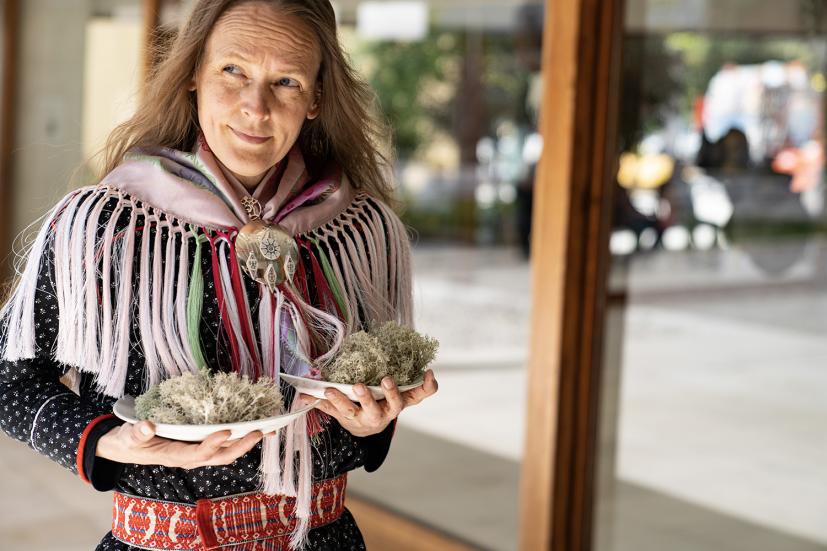 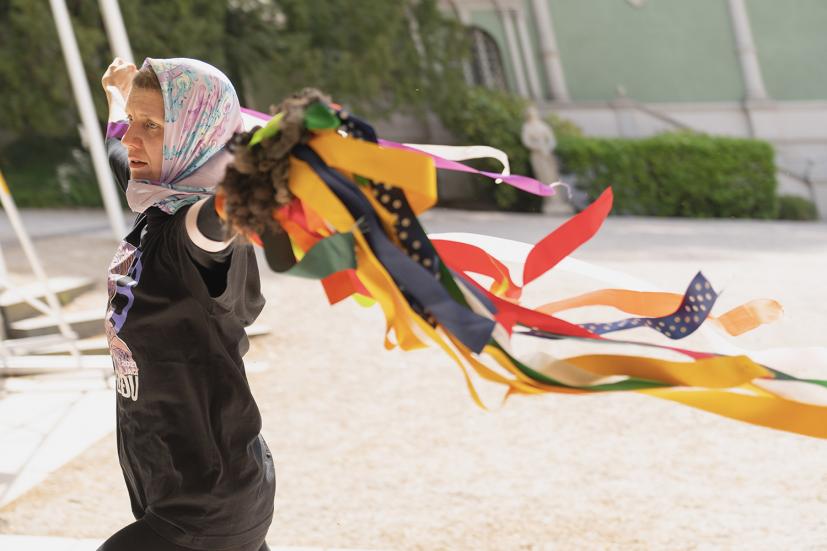 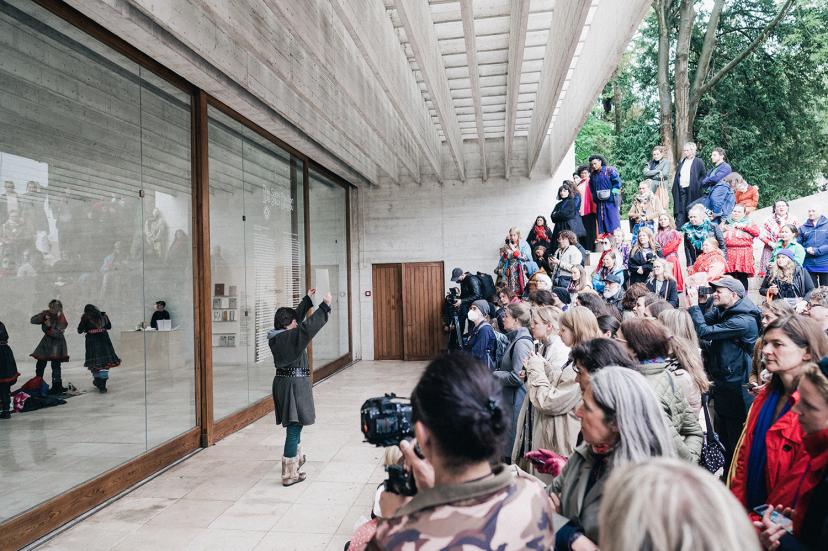