Existing amidst things that cannot be spoken of is like living next to an active volcano. Refusing to see the risk does not shield one from it.

[mute], the latest performance by Flow Productions, focuses on silence, the avoidance of conflict, shame and the fear of losing one's face. Choreographed for one adult and one child performer, [mute] explores the subject matter in an unhesitating style toned with surreal elements and black humour.

[mute] is performed with a rotating cast of actors that changes from one performance to the next. The structure of the performance is the same for all performers, but each performer brings their own personality, ways of moving and expression to it.

The choreography, made by adults, approaches the refusal to speak from the perspective of children: the figure dressed in furs is unable to utter a single word, while the child inhabits a fantasy forest made of floating plastic firs. However, [mute] is not a made for children, stresses Pirjo Yli-Maunula​, one of the two choreographers and adult performers.

The makers of [mute] want to show what the behavior of adults looks like through the eyes of the children, who can often only survive through use of imagination. Even though a child performer is seen on the stage with the adult, the themes and the various layers of [mute] belong firmly to the realm of adults.

The adult performers and choreographers of [mute] are Titta Court and Pirjo Yli-Maunula, while the child roles are performed by the 12-year-old Pinja​ ​Palosaari​ and the 8-year-old Marona​ ​Awdishou​. In the performances in Helsinki, the roles are played by Yli-Maunula and Palosaari.

The child performers have been involved in the process as fearlessly and unhesitatingly as the adults. Although the subject matter is serious, it also has an absurd and playful side to it, which the child performers bring to life.

”On the stage, the open and good-natured child meets a damaged and reckless adult whose actions are strange, unpredictable and questionable. -- [mute] is a deeply thought, dense and very beautiful performance.” – Eeva Kauppinen, Teatteri & Tanssi + Sirkus

”It is consoling to watch a performance that does not offer a single truth, allowing the viewer to read the rich variety of different narrative signals instead.” – Petri Kauppinen, Kaleva

[mute] premiered at Cultural Centre Valve in Oulu on November 4, 2017.

Zodiak's serial ticket is valid for the performances. Serial tickets from Tiketti. 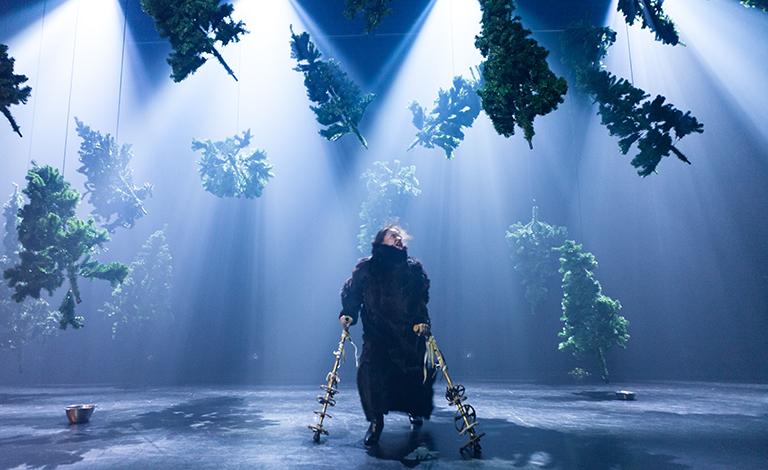