Vera Nevanlinna's solo performance News is based on American dance pioneer Deborah Hay’s choreographic script Nevanlinna has adapted Hay’s choreographic foundations into her own solo, creating with her workgroup a whole where the constituents – choreography, costumes, sound and lighting – are present as equally valuable components.

News premiered in April 2007, and now returns to Zodiak as a new interpretation by Vera Nevanlinna and her workgroup.

Deborah Hay’s script incorporates conceptual, motional, spatial and aural instructions how to stage the performance. The disposable paper costume created by sculptor Maria Duncker and the real-time sound design by Tuomas Norvio that utilises the rustling of the costume come seamlessly together with the choreography, forming a unique dance performance that lives and breathes in the present moment. The visual layer of the performance is created by lighting designer Heikki Paasonen.

After the premiere of News, Nevanlinna has worked in and toured with several international productions by Deborah Hay: If I Sing to You (Forsythe Company, 2008), Lightening (Zodiak, 2010), Figure a Sea (Cullberg, 2015) and Animals on the Beach (Tanz Im August, 2019).

Nevanlinna’s extensive collaboration with Hay has deepened, extended and changed her understanding and knowledge of Hay’s choreographic thinking. It is this experience that Nevanlinna puts to play in her reinterpretation of News. 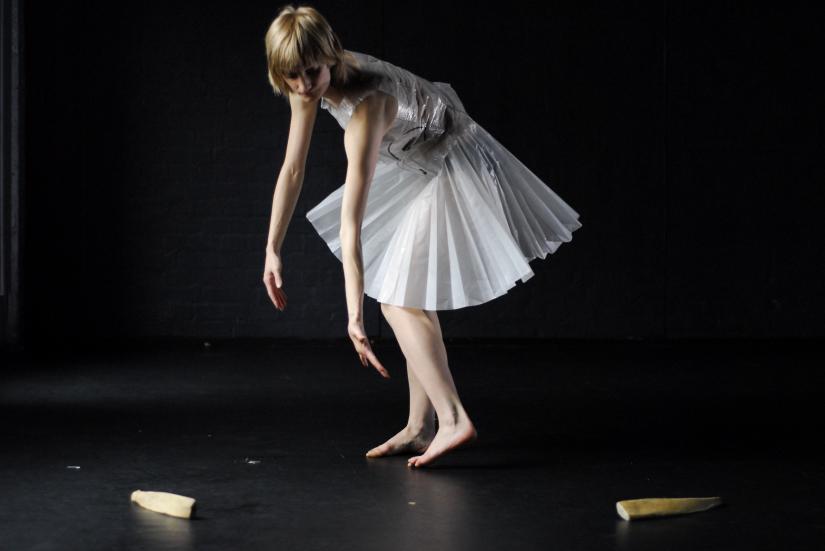