Paraíso – Colecção Privada (Paradise – A Private Collection) by Marlene Monteiro Freitas is a choreographic concert exploring mythology, animality and authority with a hint of sexuality and fetishism. Composed of scenes that are beautiful and ugly, tender and violent, strange and familiar, the piece revels in otherness and the inexplicable.

Paraíso – Colecção Privada examines the concept of paradise but the paradise created by Freitas is far from traditional or Christian – it is a bizarre, oppressive and overwhelming place. The performanceis a sexist fantasy turned on its head; Freitas herself acts as a grotesque mistress exerting her power over four animal-like men. Like the title of the piece suggests, paradise is always a private, personal concept. It is only ever paradise for those in power and sometimes paradise can be surprisingly similar to hell.

At the 2013 Side Step Festival, Marlene Monteiro Freitas thrilled the audience with her trenchant imitation of Prince in (M)imosa. This year, she brings her own work to the festival. Freitas is a dancer and choreographer from Cape Verde and she is a member of the Portuguese arts collective Bomba Suicida. Freitas is an emerging young choreographer who is known for her singular and peculiar style.

This performance takes place in the frame of the project [DNA] Departures and Arrivals which is co-funded by the Creative Europe Programme of the EU. 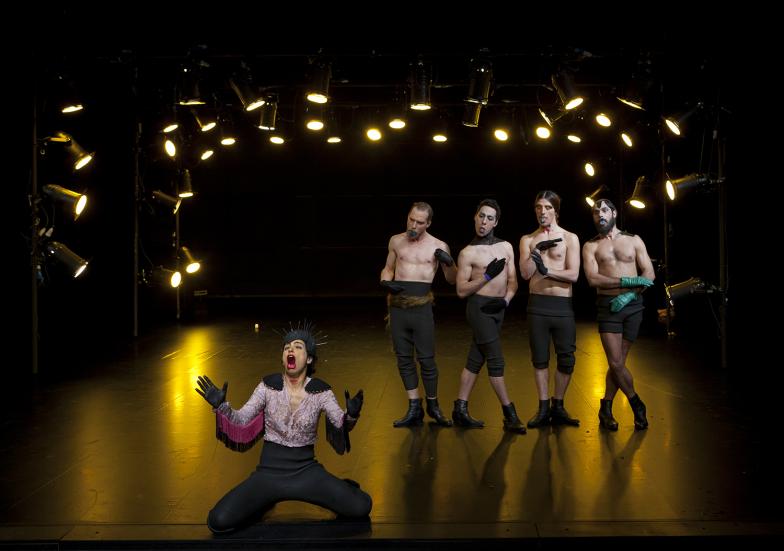