Greek performance artist Euripides Laskaridis works in the dance field through themes of ridicule and transformation. Laskaridis’ theatre background escalates in his choreography Relic, where the surreal and poetic stage works as if a mythological machine. The piece’s adorable stage figure is the caricature of a deity; a statue sculpted of unconventionalities. Relic represents surrealist stand up comedy, the laughter of which fills the cosmos’ abyss.

In Relic’s makeshift room, decorated in a haphazard DIY fashion, a performer puts his notably awkwardly shaped body under the magnifying glass. The event’s magic comes from both the mundane and references to cabaret, vaudeville and slapstick abound. By testing the limits of our acceptance of the incongruous and unfamiliar, performer and audience alike will experience a moment of transcendence. Relic is the imagination’s physical anarchy.

Euripides Laskaridis is a Greek stage director, short-filmmaker, performer and founder of his own Osmosis Company. His choreographic exploration is in the core of today’s demarcation between different forms of performing arts. Relic is one of the pieces of the prestigious Aerowaves Twenty list for 2015. During the Aerowaves Spring Forward festival last April, it stole the audience’s attention whilst becoming the event’s hottest topic.

The visit is supported by Aerowaves and the Creative Europe Programme of the EU. 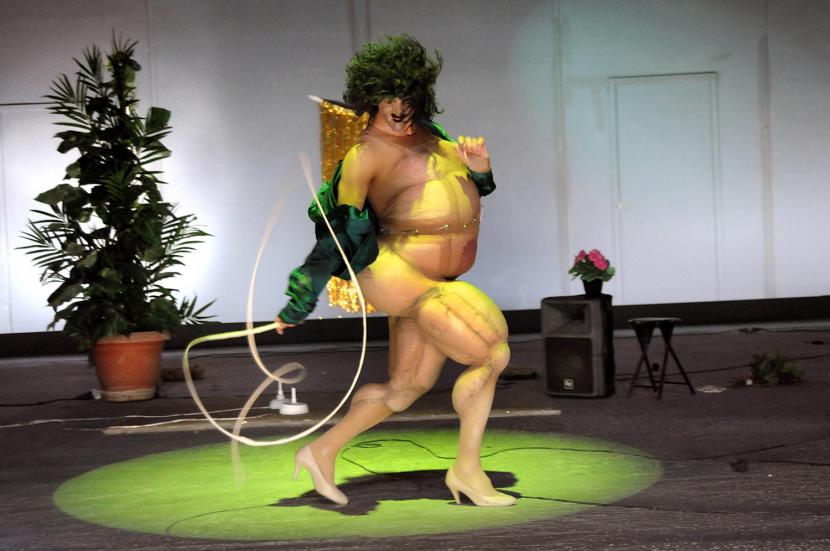