Julian Weber is a visual artist and choreographer based in Berlin. His series constructing ruins deals with our perception on the
catastrophic and is reconsidered particular for each context its presented in. The resistance of materiality collides with a searching body, who explores the potential of the disaster to influence the image we have of the present moment.

In a guided tour, due to a reconfiguration of the classical setup of both stage-play and exhibition, the audience is invited on a guided tour. The guides take them through a constantly changing landscape of material and bodies, looking at the precarious body through the lens of composition and questioning the idea of historical relevance by merging facts and fiction.

Since graduating in dance and choreography at HZT, Berlin in 2013, Weber has worked intensively on spaces of interaction involving body, material and movement. He works with artists like Meg Stuart, Boris Charmatz and Tino Segahl and creates his own work on the intersection of visual and performance art. Weber won the Berlin Art Prize 2015 with his work the tourist. 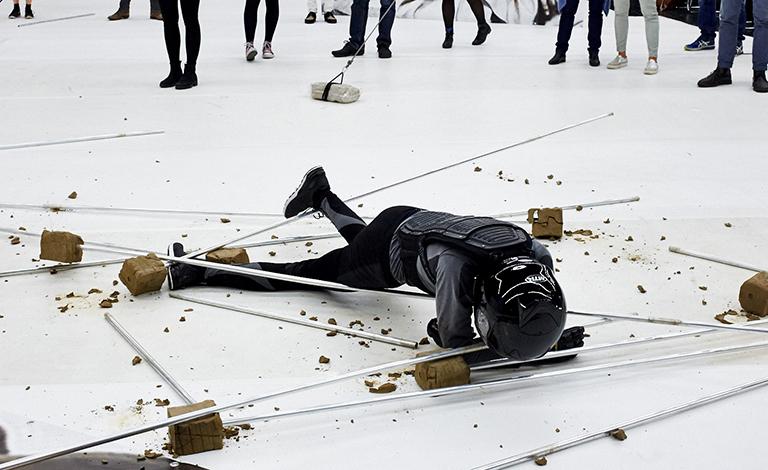