Marcela Levi’s and Lucía Russo’s Iron Mouth is centered on a body surrounded and guided by a mega sound. As an audience we take part in a nervous dance of the body placed in exhaustion, when the performer detaches from identity while furiously shaking his body. A dance emanated by a body that is loaded with others, contradictions, ambiguities, good and evil, i.e., a human body, that of people.

The piece is influenced by “tecno brega” – a music genre from northern Brazil created by means of appropriation and alteration of popular songs. Iron Mouth is named after the tecno brega parties’ monumental sound projector “boca de ferro”. The piece’s landscape of departure is the word “Belém”: a place of confusion, chaos, noise, and disorder. Iron Mouth is a rhapsody-dance of infernal, irreverent, playful, teasing, indecent, furious, canny, and sexy nature.

Marcela Levi and Lucía Russo have collaborated through shared authorship since 2010 when they founded Improvável Produções in Rio de Janeiro. Levi graduated at the Angel Vianna Dance School in Rio de Janeiro. Russo studied Psychology at the University of Buenos Aires and dance at the European Dance Development Centre in Holland and the Rojas Cultural Center in Buenos Aires. 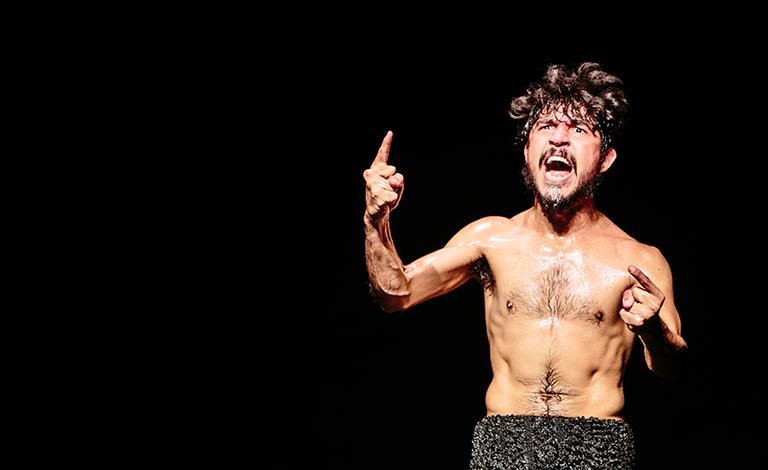