Pan Daijing is a Berlin-based musician and performance artist whose performances are created around intense mental catharsis, often expressed through a personal interaction with the audience and the architectural space. Daijing is known for her improvisational and violent performances in which feminism, power relations and the abolition of gender norms play an important role. Her works are extremely physical and atmospheric in their usage of storytelling and trauma.

Celebrating independent femininity, Fist Piece is a melancholic exhibition of being-feminine and feminine being, of difficult and ecstatic relations, and of the horrors of loneliness, weakness, and power. An expansion of Pan Daijing's debut album Lack, Fist Piece is presented as an assemblage featuring a self-starred and co-directed film.

Presented through choreography, visuals and sound, each part is made in service of music and narrative; the uncanny outcome is a rabbit hole which is mesmerizinglly fierce and tender. It was premiered in Kraftwerk Berlin in August 2017 with guest soprano Yanwen Xiong. The film is co-directed in collaboration with Ekaterina Reinbold featuring guest actress Junying.

Perched on the cutting edge where Berlin’s music and art scenes blur into one another, Daijing’s dark and purgative performances have recently pummeled the festival stages of Sonar Barcelona, Berlin Atonal and CTM, whilst Daijing has also crafted sonic installations for exhibitions and live scored art performances and dance shows.

You can read Pan Daijing's interview with Crack Magazine from last autumn here. 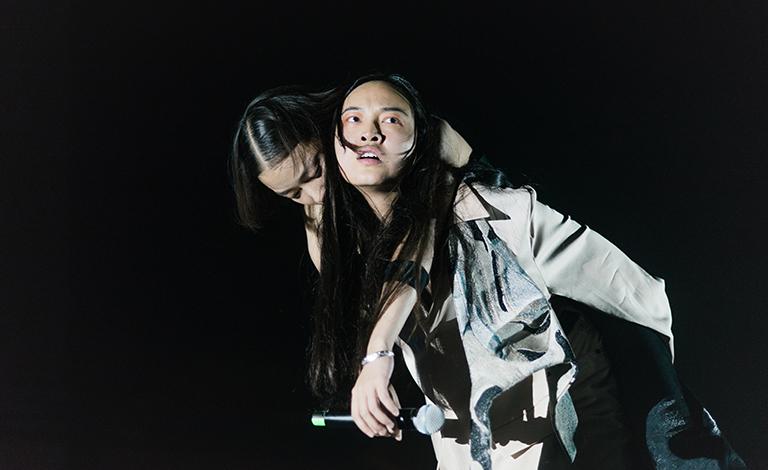