A Selfie Concert is part of a series of performances by Ivo Dimchev where he investigates different ways of interacting with the audience. P Project (2012) used money to attract the audience to perform with Dimchev, while Facebook Theatre (2016) was based on texts written by spectators on social media, which the author considers an endless source of content and interaction.

A Selfie Concert suggests an altering of the relationship between the audience and the performer, a different way of sharing. Selfie simply shows. It does not explain, it is evidence. However, the selfie is also a reason to be together, to be close physically. Selfie is an instrument for making the monotonic dramaturgy of the concert more alive – and for breaking it.

Ivo Dimchev is an internationally known choreographer and performer from Bulgaria, but also a talented singer and songwriter. In his works, different forms of art combine into surprising, often contradictory wholes that meander nonchalantly from popular culture to postmodern. Dimchev has created more than 30 performances, many of which have toured extensively in Europe and in North and South America, and has received numerous international awards.

Tickets with the festival pass from Tiketti 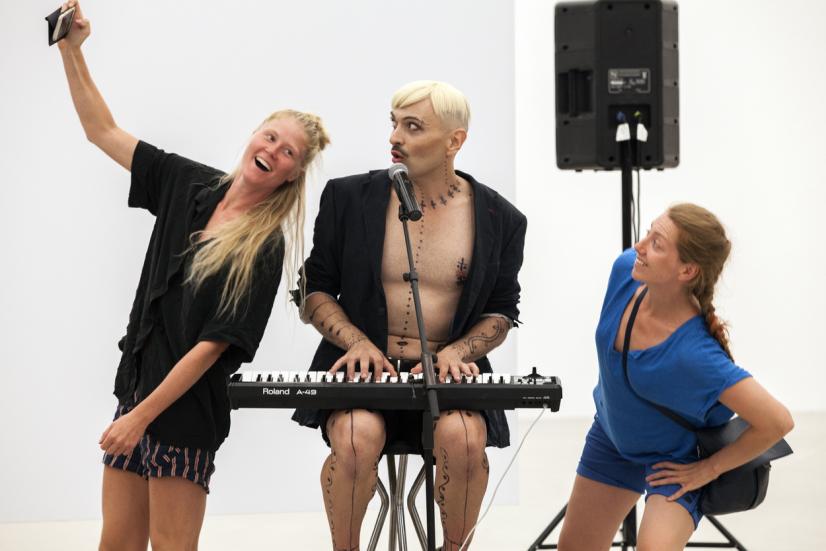 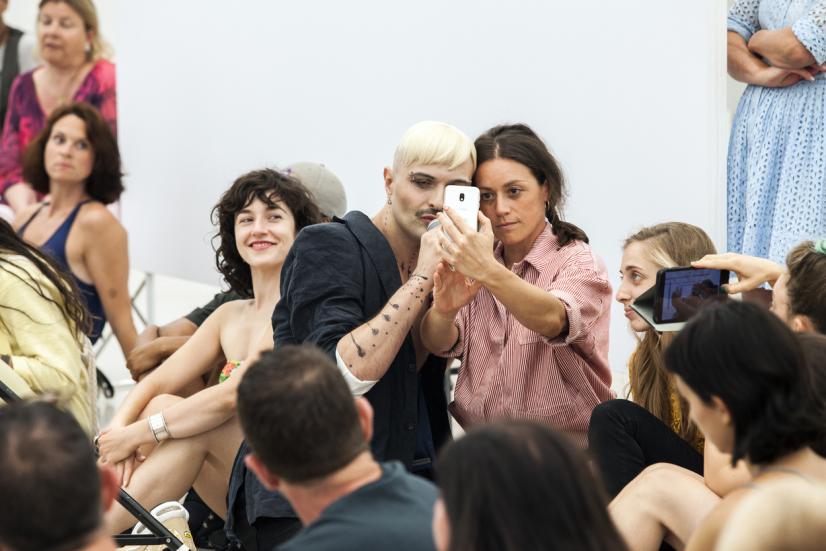