Mira Kautto's new solo performance Station to Station to Station is simultaneously a vision from the future and a visceral memory. It dreams through fragments of things long gone, travelling through different shades of darkness and landscapes, at times flickering at the edge of perception.

The performance is a coincidentally forming time capsule that both refers to the future and reaches towards the past. The makers of Station to Station to Station aspire to travel in time, altering experiences from the past by extracting something from it to the present moment – or already be somewhere far gone.

The journey is made by a single performer (Mira Kautto), who – at least momentarily – can be anyone; Timo Kaukolampi's electronic live sounds and Jenni Pystynen's evocative scenic visions.

Mira Kautto is a Helsinki-based dancer and choreographer. Station to Station to Station is Kautto’s fifth solo work. It continues her practice invested in and focused on dancing and bodily intuition. In addition to her own creations, Kautto works regularly as a performer in other artists’ works, as well as in other positions surrounding dance. 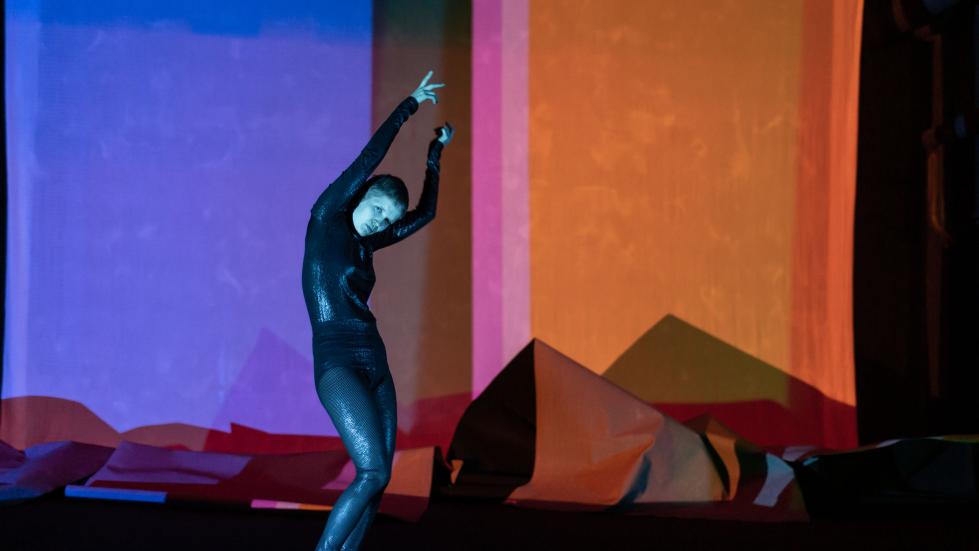